A tribute to Jarmila Novotna - a unique concert at Chateau Liten 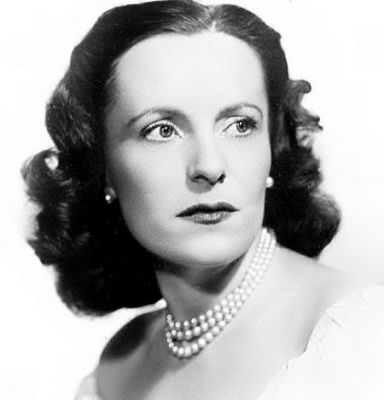 A Tribute to Jarmila Novotna - a unique concert under an open sky - will be performed at  Chateau Liten by the world renowned conductor Jiri Belohlavek and a quartet of world class singers.

Soloists from some of the world’s most prestigious opera houses - Martina Jankova, Dagmar Peckova, Adam Plachetka and Stefan Margita - will be on one stage together for the very first time on August 30th, 2014. A remarkable, narrated concert ‘A Tribute to Jarmila Novotna’ will be introduced as a part of the Jarmila Novotna Festival, on the air at Chateau Liten  located in Central Bohemia near Prague.

Arias and overtures by W.A.Mozart, P. Mascagni, G. Rossini, P. I. Tchaikovsky, C.Saint-Saëns and B. Smetana will be performed under the baton of Jiri Belohlavek, a member of the Jarmila Novotna Festival Artistic Board, and the PKF - Prague Philharmonia.

The concert is part of the Events Program for ‘The Year of Czech Music’. It commemorates  the 20th anniversary of Jarmila Novotna’s passing. ‘A Tribute to Jarmila Novotna’ is a grand-finale of a three-year effort to renew an awareness of this significant Czech opera diva. She was a personality whose influence went far beyond her artistic profession. There are only a few such women in Czech history. Her name does not have a proper resonance in her home country due to past historical circumstances.

Chateau Liten is the only place where she stated that she actually “felt happy” but unfortunately only became Jarmila Novotna’s temporary home. Nevertheless, Ivana Leidlova, the President of the Association of Chateau Liten and Director of the Jarmila Novotna Festival said “her name is now coming alive again”. An exhibition of photographs and personal belogings from Jarmila Novotna will be presented as a supporting program to the festival.

Jarmila Novotná was a close friend of Bohuslav Martinů. She interpreted his New Chap-Book, cycle of songs on Moravian poetry (H 288) and Songs on One Page (H 294). During the World War II, she was a strong supporter of the Czech exile movement and often performed the above-mentioned songs during concerts for expatriates in the USA, with the then Czechoslovak exile Foreign Affaires Minister, Jan Masaryk, behind the piano.