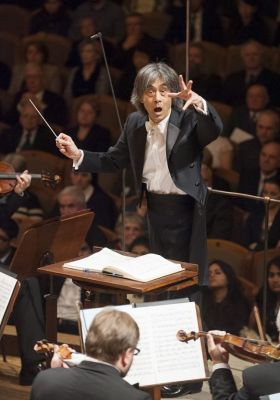 Current issue of Martinů Revue bring you the best of 2013 edition of Bohuslav Martinů Days organised in Prague in December last year.

As part of the Bohuslav Martinů Days 2013, a concert marking the 90th anniversary of Viktor Kalabis's birth took place on 9th December. Works by both Martinů and Kalabis were performed by the Martinů Quartet (Lubomír Havlák, Libor Kaňka, Zbyněk Paďourek and Jitka Vlašánková), and you can read the entire review on page 7.

IMC chairman Robert Simon reflected on his last trip to Czech Republic in his report dedicated to the new prodution of Mirandolina, H 346, which premiered on 5th December in Ostrava's Antonin Dvořák Theatre directed by Jiří Nekvasil. Apart from this, you can read his precious thoughts on Viktor Kalabis's anniversary concert as well as the triple final concert in Prague's Rudolfinum with Czech Philharmonics and Kent Nagano behind the stand.

Would you like to read the latest issue of Martinů Revue? Get the latest insight on current as well as previous issues of the revue by signing up for exclusive membership in International Martinů Circle. More info on how to sign up in IMC section of the website.