Julia Fischer in exclusive interview (not only) on Martinů 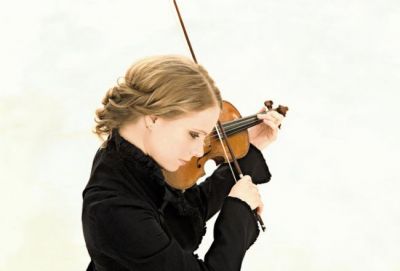 Phenomenal German violinist Julia Fischer has given exclusive interview to the Czech music magazine Harmonie, in which she reveals her admiration for Bohuslav Martinů and explains difficulties the composer's music faces when interpreted abroad.

This year, Julie Fischer has become residential artist of Prague Spring Festival 2014 (and Martinů will be played on several occasions during her performances). The famous violinist has also outlined plans for a new film about Bohuslav Martinů she collaborates on with Brian Large, well-known British TV producer and one of the founding members of the International Martinů Circle.

"It is very weird. The status of Martinů in today's music world is extremely complicated. (...) The main reason why we decided to make a film about Martinů is to convince the public to finally get rid of this "prejudice". Personally I think it is wonderful music. I love performing it and I will continue to include Martinů in my concert programme in the years to come."