Cellist Johannes Moser took a sunny morning walk through the streets of Paris and discussed Bohuslav Martinů & his Cello Concerto No. 1, H 196, and the performance with Jakub Hrůša & Orchestre Philharmonique de Radio France, on 15 January 2016 in Paris.

On when he encountered the Cello Concerto what his first thoughts were:

“I first heard about the Martinů concerto when I was making a CD with concertos of the 1930’s – 1940’s, and I started out with a Hindemith concerto. I was looking for a good pairing and Martinů cello concerto seemed to be perfect. Since then, I have been playing it many many times, and it turned out to be one of my favourite cello concertos actually.”

On what challenges this piece poses to him:

“I think what is generally very significant for Martinů’s music is that he writes a lot of syncopations. You can always detect Martinů’s music from this very prominent feature. And for me it’s quite a challenge to make a musical line with these syncopations and not let them interrupt the music but actually propel the musical energy forward. So I think that’s probably the biggest challenge for me.”

On collaboration with Jakub Hrůša:

“I’ve actually worked quite a few times with Jakub and we also recorded a CD with Dvořák and Lalo cello concertos. Jakub is an amazing conductor, we also did the Martinů cello concerto together, last time was in Vienna with the Vienna Radio Symphony Orchestra there. I can’t wait to see him in about twenty minutes for our first rehearsal. And I’m very excited for the concert!”

So if you’re in Paris tonight, do join Johannes Moser together with Jakub Hrůša and Orchestre Philharmonique de Radio France!

The long historical record of the Concerto No.1 for Cello and Orchestra is filled with changes. In essence, the original concept of the "concerto grosso" gradually became a monumental solo concerto with large orchestra. The first version of the piece was written by Martinů in Polička and Paris in 1930, and he dedicated the concerto to Gaspar Cassadó, who premiered it in Berlin in 1931. Nine years later, unhappy with the chamber instrumentation, Martinů resumed work on the piece and transformed it into a work for large orchestra. However, this version would also not be the final one. In 1955, Martinů heard it on Parisian radio and he was literally appalled by its dense orchestration. He consequently re-orchestrated it and revived the solo part. This version, in his own words, "correct and final", was then dedicated to Pierre Fournier, with whom Martinů had consulted for the changes in the solo instrument. 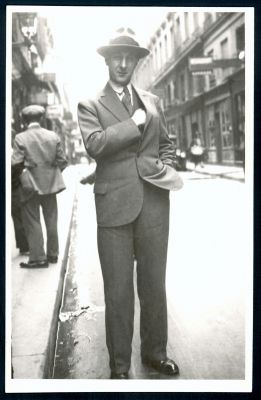