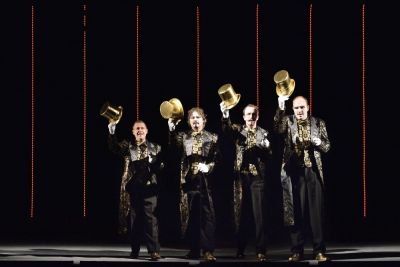 The latest of the magazine Martinů Revue (3/2015) features two detailed reviews of Bohuslav Martinů´s film-opera Three Wishes or Inconstancy of the Life, H 175. The composer began working on the opera in the fall of 1928 and finished it in 1929 but didn´t live to see it. The libretto was supplied by the French author Georges Ribemont-Dessaignes who previously worked with Martinů on his jazz opera The Knife's Tears. "Personally, I regard Martinů as one of the greatest musicians of our time. He is an artist who performs magic acts with new worlds, making them enter into your mind through your ears. Thus, working hand in hand, almost as if armed with a single fountain pen, we assembled a piece that would not be unsettled by the old formulas. It confronts the audience with a mixture of cinema, fairy tale and play-within-a-play performed by the stage hands. And yet, all of that would mean nothing were it not for the extraordinary variety of Martinů's music, and the effect to which he brought it there!“ he said in 1930.

12 years after the composer´s death, conductor Václav Nosek successfully carried through the opera and invited film director Evald Schorm to be part of it. Current version from The National Moravian-Silesian Theatre in Ostrava is only the third production of Three Wishes in Czech Republic (the second one was in National Theatre in Prague).

Two major artists responsible for the production are without doubt conductor Jakub Klecker (who staged Martinů´s The Plays of Mary, H 236 last season with Jiří Heřman) and the author of two documents about Martinů and television productions focused o the composer´s work, director Jiří Nekvasil. 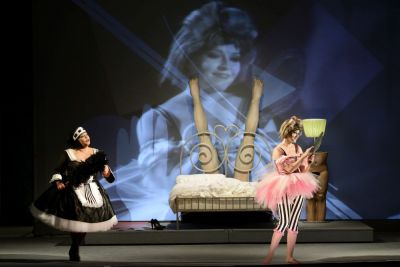 The National Moravian-Silesian Theatre performed Three Wishes on December 15th in Prague during the Bohuslav Martinů Days 2015. Next perfomances are scheduled on 19 March, 31 March, 13 April, 22 April and 12 May.

„Martinů is definitely one of my most favourite composers. He still surprises me and so does this opera. Three Wishes are also a great challenge for me. By the way, I have never seen women in our ensemble to be so pleased with the look of their costumes.“ Soloist Josef Škarka (Arthur de Sainte Barbe / Juste) in an interview for OperaPlus (only in Czech).

In the first review Petr Veber from the Harmonie magazine says that this work gives the impression of a mature creation. According to him the Ostrava´s version is „sufficiently imaginative, agreeably conceived in the retro style, and is truly worth a viewing.“ Lenka Šaldová in the second review praises the production for its original entertainment and that it was „created with an apparent admiring humility, virtually withou cuts.“ 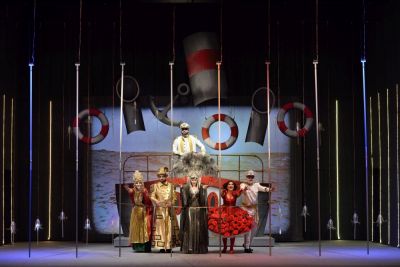 You can find the complete reviews in the new Martinů Revue. How?