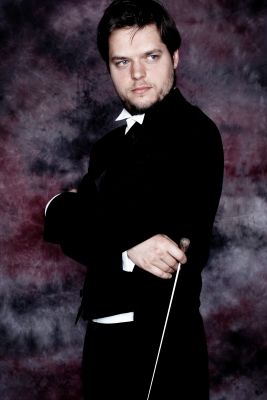 Martinů started to compose Double Concerto in 1938 for Basel Chamber Orchestra and its conductor and Martinů´s friend Paul Sacher. After vacation spent in Czechoslovakia Martinů worked in Vieux Moulin near Paris. In September he accepted invitation to the Sacher family estate at Schönenberg, not far from Basel where he was forced to look on worsening situation in Europe and especially in his homeland. Martinů wrote there one of his strongest and later most famous masterpieces.

„To my dear friend Paul Sacher to commemorate the quiet and fearful days spent at Schönenberg amongst the deer and the threat of the war.“ Dedication on the cover of the manuscript score of Double Concerto for two string orchestras, piano and timpani, H 271

Martinů finished the composition on 29 September 1938, just day before the Munich agreement was signed. He then never returned home. Arthur Honegger was present at the premiere of the composition in 1940 and he was very moved by it. "Is it the melody, the rhythm, the technique, the dissonances, the tonality, the lack of tonality? No," he concluded, "it is none of these individually, it is a combination of all of them. This new music has a direct and extraordinary effect.“