After 16 years, Juliette (The Key to Dreams), H 253 will appear in the National Theatre in Prague on March 24 and March 25. Musical director and conductor of the new production is Jaroslav Kyzlink, with Zuzana Gilhuus as a stage director. Starring Peter Berger with Jaroslav Březina as Michel and Alžběta Poláčková and Maria Kobielská as Juliette.

The opera is closely linked to the National Theatre, which gave its premiere on 16 March 1938, with both author and his wife Charlotte present. It was exactly one year before declaration of the Protectorate of Bohemia and Moravia, fateful day for the Czech composer, which fundamentally affected his life and work. 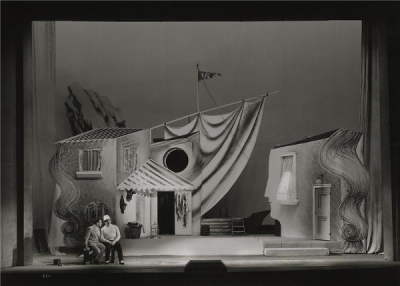 "For me, Juliette is fascinating world, because of the musical expression of Bohuslav Martinů and, of course, the drama itself which is wonderful spectacle of illusion a reality." Zuzana Gilhuus, stage director

Both the first-night audience and the critics in Prague's daily press highly praised Juliette, thanks to performance of soloists (Ota Horáková and Jaroslav Gleich) and work of director Jindřich Honzl, scenographer František Muzik and, of course, conductor Václav Talich, whom Martinů relied on from very start of the composing. Composer was delighted indeed as well, according to him, artists sensed what the opera was asking for and subordinate their egos for the purpose of the Juliette. In a letter to Talich after the premiere, he writes about deep feelings the production left in him and that in an effort to recall the experience he felt „whole opera in one second as just one chord“. One can speak about Martinů´s dream came true.

The author of the original drama, surrealist poet and playwright Georges Neveux was so moved by Martinů´s music, that he chose to refuse Kurt Weill who wanted to do Juliette as a musical comedy in favor of Bohuslav Martinů. He sensed that Martinů really loved Juliette and in the end he made „real masterpiece“ of it.

"I admire the composer´s unmistakeable music and I am always pleased to conduct his concertos and symphonies. In Juliette there are quite a few things from Martinů´s typical style of work which are somehow connected – perfect invention, his perspective, crazy yet masterpieced libretto, genius instrumentation – it makes the conducting very enjoyable!" Jaroslav Kyzlink (musical director and conductor) for Hudební rozhledy 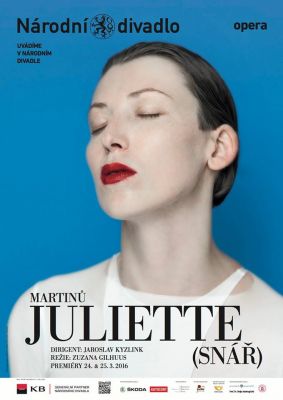 All fans of Juliette will have a chance to see and hear the opera in different production once more in May. The Berlin State Opera will give the premiere with the likes of Daniel Barenboim, Rollando Villazón or Magdalena Kožená on May 28 2016.