On 30 April, Deutsches Symphonie-Orchester Berlin under conductor Jiří Bělohlávek will perform Czech pieces only. The programme of the concert will offer The Excursions of Mr. Broucek (suite from the opera) by Leoš Janáček, The Symphony No. 8 in G major, Op. 88 by Antonín Dvořák and famous piece by Bohuslav Martinů Concerto for Violoncello and Orchestra No. 1, H 196 from 1955. This concerto was recently performed by the likes of Johannes Moser or Sol Gabetta and tonight it will be great violoncellist Christian Poltéra. 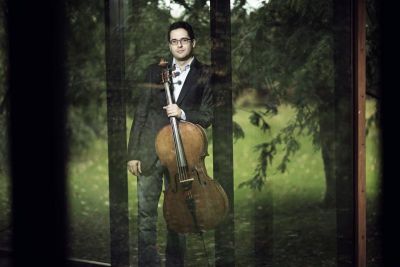 Poltéra also has an experience with Martinů´s Concerto, as he made a recording of it with DSO-Berlin under the Bis label in August 2015. „Poltéra is comfortable with the generally upbeat and squally character of the writing, contrasted with occasional passages of melancholy. It’s hard not to admire Martinů’s quickly moving ideas and broad variety of texture. At times the wide open spaces are evoked as popularised by Copland and Grofé yet the music speaks out with individuality,“ praises Michael Cookson both Martinů and Poltéra in a review on this CD.

Bohuslav Martinů composed Concerto already in 1930 but he edited it two times. For a first time 9 years later and for a second time in 1955 when he heard Concerto on the radio and was horrified by its orchestration. Last two versions of this piece are dedicated to cellist Pierre Fournier.

Christian Poltéra on Concerto for Violoncello and Orchestra (only in German)