Autumn at the National Theatre Brno 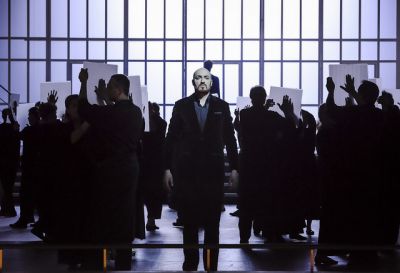 The Epic of Gilgamesh, H351

Stirring choruses, sensual dance moves, exceptional soloists, plus unique directing and stage production! Total theatre, which draws you in from the moment you step into the auditorium, leaving behind the bustling city and entering a world of spectacular theatre. This performance by the Janacek Opera NTB was awarded the title Success of May 2016 by Theatre News.

There are myths which cut across cultures and lose nothing of their relevance even with the passing centuries. Myths which deal with the fundamental questions of human existence, and those which recount great love stories. Among the earliest of them is the Babylonian Epic of Gilgamesh, considered to be the oldest work of literature in world culture. It was this tale of the merciless ruler Uruk Gilgamesh, his friendship with the wild man Enkidu and their philosophical dialogue about life on earth and after death which became the inspiration for one of Martinů's greatest works...

Performed in the original English with Czech and English subtitles. Find more information and tickets here.

Soloists, Choir and Orchestra or the Janacek Opera NTB 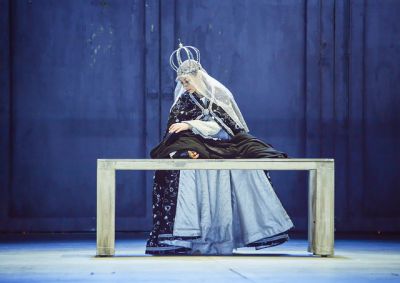 The archangel Gabriel announces the coming of Christ. The wise virgins are eagerly prepared and unquestioning. The foolish virgins are lukewarm in their faith, allowing their lamps to go out and so have to go to buy oil at the very moment Christ arrives... Mariken – a village girl who stays too late in the town, transported by the vision of the shops and their displays. She then gets lost in the dark woods. The devil appears, promising to get her out of the darkness, and offers her all the riches of the world. Mariken succumbs... The Virgin Mary is looking for a place to give birth. Neither inns nor smithies have room for her, and so she ends up in a stable behind the smithy... The nun Paskalina, who dreams of worldly love, leaves her convent and goes to her lover. After much suffering she returns to the cloister, where her place was taken by the Mother of God in her absence.

Performed in the original Czech with Czech and English subtitles. More information and tickets here.

Soloists, Choir and Orchestra or the Janacek Opera NTB

Twenty-seven top-class productions over twelve days on twelve stages in Brno. The world’s leading directors and performers: Robert Carsen, Calixto Bieito, David Radok; Ian Bostridge, Julius Drake, Martina Janková, Ivo Kahánek… as well as the work of Bohuslav Martinů that is featured throughout the festival - for more updates please follow this website or the festival's FB event. Or get tickets here. 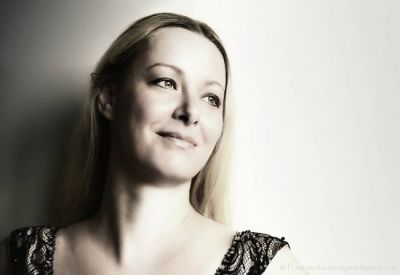