One year ago Czech Republic’s Minister of Culture Daniel Herman and Chief Conductor of the Czech Philharmonic Jiří Bělohlávek launched the first two volumes of the Bohuslav Martinů Complete Edition at Smetana´s Litomyšl Festival. The two volumes has been reviewed by musicologist Nigel Simeone for the September edition of the prestigious American magazine Notes. 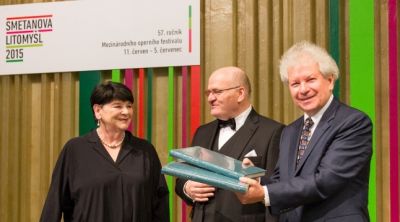 Simeone writes about peripatetic existence of Bohuslav Martinů and his difficult communication with publishers. Also his nomadic way of life caused editorial problems even with his most famous works. From this perspective BMCE serves well for giving an opportunity to assess Martinů’s work and personality more thoroughly as well as to make his work more available for scholars and musicians thus secure his reputation.

”Březina’s edition is a model of its kind.” Nigel Simeone in NOTES, September 2016 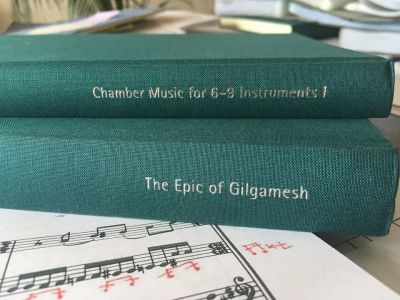 Review praises additional material in the appendices, the extensive introduction
and critical apparatus of the volume with Symphony No. 4 edited by Sharon Andrea Choa. Simeone highlights tough task of editing, which has been done very meticulously. The Epic of Gilgamesh, work that is surprisingly not performed very often, was edited with painstaking care by Aleš Březina. According to Simeone, it is „laid out with an admirable combination of clarity and detail.“ Simeone appreciate Bärenreiter’s  note-setting of both volumes.

„This new complete edition – which I strongly recommend to music libraries and serious Martinů enthusi asts alike – should do much to bring his music in from the margins. These first two volumes are a most auspicious start to the project.“ Nigel Simeone in NOTES, September 2016

Individual works from BMCE are coming to life onstage in concert halls - providing the most important application of the long-term musicological work. The following works of the BMCE will be performed in the upcoming season: Epic of Gilgamesh in National Theatre Brno and later in Prague‘s Rudolfinum with Jiří Bělohlávek or The Spectre's Bride with Brno Philharmonic and young conductor Jiří Rožeň. The last volume of the BMCE "Chamber music for 6-9 instruments" (editor Jitka Zichová) will be presented on 17 October in Czech Museum of Music, Prague. During the concert members of the PKF – Prague Philharmonia will perform every piece of this volume.