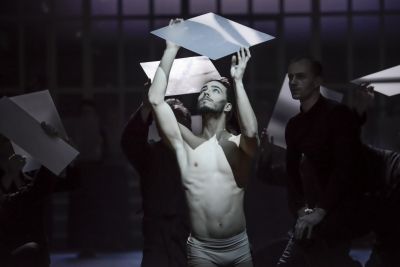 For the last time this year successful production of the Epic of Gilgamesh / Dido and Aeneas will appear in the Janáček Opera NtB on 15, 16 and 18 November. This scenic project of director Jiří Heřman and conductor Marko Ivanović was awarded the Theatre Newspaper Prize for the best music production of the last season.

On this occasion we´ve unlocked the full article from the Martinů Revue's second issue. More information about this issue here.

Dido and Gilgamesh: It’s dramatic, haunting me in my sleep

The programme of the forthcoming opera season of the National Theatre in Brno is agreeably bold, and its current season too was rounded off with a certain measure of dramaturgical liberty and a sound self-confidence. Within a single evening, the final premiere coupled a work that is neither an opera, nor a cantata – nor an oratorio for that matter – with a Baroque opera. “It’s simply an epic,” said Bohuslav Martinů of one of his greatest works, the one-hour-long opus for narrator, solos, chorus and orchestra The Epic of Gilgamesh, which constituted the first half of the night. The second half consisted of Henry Purcell’s opera Dido and Aeneas, which has been performed more frequently on concert stages and which is nowadays expected to be undertaken by specialists in early music. The two seemingly incongruous works do not actually make an incoherent pair. (…)

The core subject matter of both of them is death and the loss of a beloved person – themes based on Ancient mythology. Nonetheless, the question remains whether two weighty and formally unique pieces can be combined in a single cogent production? And if so, in what order should they be performed?
The stage director Jiří Heřman opted for the Epic – Dido sequence; accordingly, the first half featured the Old Babylonian rite of passage that brings Gilgamesh, the ruler of the city of Uruk, to Enkidu. The death of Enkidu arouses in Gilgamesh sorrow and, worse, a desperate fear of mortality and the obscurity that follows. Although The Epic of Gilgamesh was not written with staging in mind, Martinů did express certain requirements with regard to the scenic component, not wanting the singers to stand inertly but to produce allusive gestures, communicating with one another, with the chorus reshuffling. (…)

I was truly enraptured by the performance given by the orchestra, conducted by Marko Ivanović, and the choir, under the chorus master Pavel Koňárek. Ivanović conceived the score as a great drama in bright colours, as a pathos that does not stifle but invigorates. Many a time, he embraced slow tempos, which, in my opinion, when compared with the existing recordings, revealed new dimensions of Martinů’s piece. Ivanović sharpened the contrasts, enhanced the drama by means of emphatic articulation, and made the lyrical passages simple and bare. The baritone Jiří Hájek portrayed the lead role majestically, while all the other singers, David Nykl, Václav Čížek and Andrea Široká, splendidly performed their parts in line with the oratorio vocal style. As a whole, The Epic of Gilgamesh came across with incredible intensity.

“It’s dramatic, haunting me in my sleep,” Martinů commented on his work on the Babylonian mystery. Upon seeing the Brno production, you may well say the same (…)

Reprinted from the musical magazine Harmonie, with their kind permission, shortened.

An elaborate premiere in Brno: Gilgamesh and Dido, an odd couple indeed

(…) The large, open, wide stage at the Janáček Theatre in Brno; the expanded sets, designed by Dragan Stojčevski. Love, friendship, the immortality of God and the mortality of man. Perpetual oscillation between the positive and the negative, joy and despair; ruminations about the sense of existence, about that which is inessential and that without which life cannot be. The particular form of the playing field, fixed into the entirely specific architecture of the Janáček Theatre. The scenography links the performance space and the elevated orchestra pit, which is accessible from the stage. The dominant colour is white, another, anticipated, space is on the left side and in the background of the stage. On the left, a stairway into the rooms of a multi-storey Shakespearean setting; in the rear, a wide flight of steps leading to a closed, semi-transparent wall. (…)

The choir and the orchestra clad in black, conducted by Marko Ivanović, in grey (the costumes designed by Alexandra Grusková), who presents the music of The Epic of Gilgamesh consistently with the composer’s idiom. Ivanović’s account of Martinů’s piece is breezy, compact, dramatic, passionate, and tragic in the pure, linear even, full sound of the orchestra, choir and soloists. The charismatic Gilgamesh is portrayed by the engrossing baritone Jiří Hájek, Enkidu by the bass David Nykl and the tenor Václav Čížek, the lyrical soprano of Andrea Široká. The musically and expressively communicative choir, demonstrating impeccable intonation, was led by the chorus master Pavel Koňárek. And all in well co-ordinated, precisely phrased choreography by Jan Kodet. (…)

The dramaturgical pairing of the oratorio The Epic of Gilgamesh and the Baroque opera Dido and Aeneas is innovative indeed. Dido itself contains the contrastive form of the quasi-comical intermezzo that used to be placed between the acts of tragic operas and was recast into the wonderful concluding elegy of Dido’s aria and the chorus, as though being a return to the world of tragic opera. This harks back to The Epic of Gilgamesh and the immensely emotional farewell to someone who is no more. All this imaginatively interwoven in the dramaturgy and staging. Heřman’s inner theme (…)

The article is reproduced from the internet portal Opera Plus - www.operaplus.cz 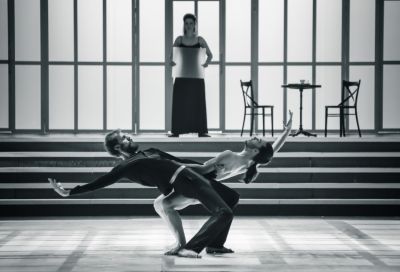 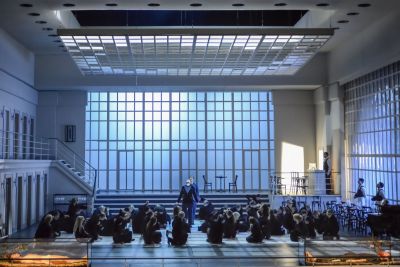