The Spectre's Bride in Brno: World premiere of the critical edition

World premiere of the critical edition of the Spectre's Bride, H 214 I A from the Bohuslav Martinů Complete Edition will take place in Janáček Theatre Brno on 23 & 24 November. The new volume (ed. Paul Wingfield) yet to be released  by Bärenreiter contains also cantata Field Mass, H 279. Individual works from the three volumes from the BMCE which are already available for sale (The Epic of Gilgamesh, Symphony No. 4 and Chamber Music for 6 - 9 Instruments) are coming to life onstage in concert halls as well as arous interest among professionals.  On this occasion we had a chance to interview talented conductor Jiří Rožeň who will perform in Brno together with Brno Philharmonic and many others. 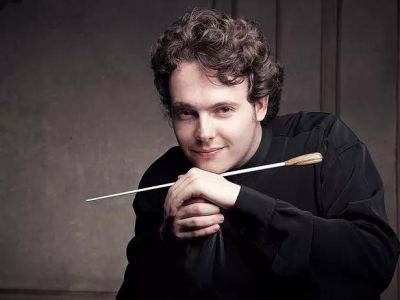 What is your relationship to Bohuslav Martinů? When did you come across his music for the very first time?

Jiří Rožeň: I feel an affinity to Bohuslav Martinů’s music – owing to its fervent melodies, typical harmonies and orchestral colours.
I remember having sung his songs with a choir. And I also used to hear his symphonies and other pieces at the Czech Philharmonic’s concerts. I was really impressed when I first heard the Field Mass, which is one of my favourite compositions.

Are you looking forward to working with the Brno Philharmonic, with whom you will be giving the world premiere of the critical edition version of The Spectre’s Bride?

Jiří Rožeň: I’m really looking forward to our working together. I have not previously conducted in Brno and, what is more, we will be discovering a repertoire that has been very rarely performed, but I believe it will be intriguing for the audience. In addition to the Martinů piece, we will also play Ferruccio Busoni’s piano concerto, one of the most extensive and most challenging works written in this genre.

Half a year ago, you debuted at the Prague Spring, coincidentally also with Martinů’s Sinfonietta La Jolla. Looking back, how would you define the experience?

Jiří Rožeň: It was a truly extraordinary experience. Being given the opportunity to appear at a festival with such an illustrious tradition is a true honour for every conductor. I was happy to have been able to choose the repertoire, and I had no doubts as regards La Jolla.

Could you reveal to us what you have planned for the near future?