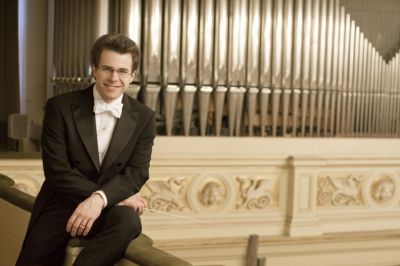 “The Philharmonia Orchestra is one of my absolutely favourite musical ensembles worldwide. Every single concert we have experienced together since my debut in 2011 has been special in all aspects – the programming, the atmosphere and, most of all, the quality of the music-making. I feel truly honoured that I can become a member of this remarkable artistic institution under the inspiring leadership of Esa-Pekka Salonen. To become Principal Guest Conductor and to be in regular touch with the Philharmonia Orchestra’s musicians, and the whole team around, as well as with its public, is definitely one of my dreams come true,” Czech conductor says.

The post of Principal Guest Conductor was last held by Sir Charles Mackerras, until his death in 2010 and Helen Sprott, Managing Director of the Philharmonia Orchestra, commented: “This is a special moment for the Philharmonia. Following Esa-Pekka Salonen’s contract extension as Principal Conductor and Artistic Advisor, we are delighted to be announcing two of the brightest talents on the international scene – Jakub and Santtu-Matias – as Principal Guest Conductors, and thus completing a formidable artistic team at the Philharmonia. Exciting times lie ahead.”

His next appearance with the Philharmonia Orchestra is on April 6th with Dvořák’s Symphony No. 8 and Tchaikovsky’s Violin Concerto. Jakub Hrůša will also conduct PKF – Prague Philharmonia on 16 April in Prague with a programme that includes Martinů’s Concerto for Two Violins and Orchestra, H 329. More information here.