Scottish Ballet makes its debut in Joyce Theatre, New York with three ballets. Besides Motion of Displacement by Bryan Arias and Ten Poems by Christopher Bruce Scottish Ballet will perform ballet by its CEO and Artistic Director Christopher Hampson Sinfonietta Giocosa with Bohuslav Martinů’s music, whose piece was premiered in Carnegie Hall 75 years ago. 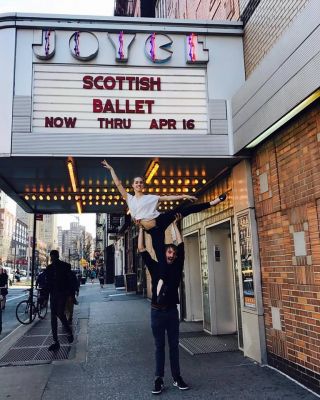 Hampson created it originally for Atlanta Ballet in 2006 and it was staged by English National Ballet year later. In 2008 Justin Krawitz interviewed him during his stay in Prague – you can remind the full interview from Martinů Revue here.

So it was really the neo-classical qualities which attracted you to the work?

Yes, I like to describe the music as kind of like Bach that’s sitting on the edge – that just won’t sit where you want it to. The neo-classical style does lend itself well to being choreographed because it has a formality which is particularly appropriate to ballet. Another feature of Martinů’s music for which I feel a special affinity is his use of rhythmic play.With Sinfonietta Giocosa for example, I first became acquainted with the work through a recording. I listened to it over and over again and was really taken with the buildup in the first movement – layer upon layer of the same theme, but always beginning just half a beat later, or just on the off-beat. So it was a surprise when I found the score and discovered that the whole movement is written in common time! It’s so simple and yet the whole thing is written completely on the off-beat. One of my dancers described the effect of the music as akin to sitting on the edge of your chair with someone tipping the chair forward and you not quite knowing when you’re going to fall off. 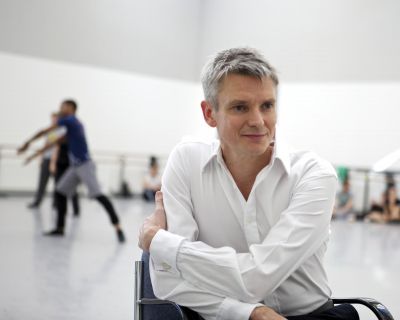 Some of Martinů’s later music is quite striking from a visual point of view: it’s often written completely without barlines, often with no regular meter as such, but rather with shifting meters. Would you contemplate choreographing such a work?

Yes, absolutely. It’s about what he’s communicating rather than how it’s communicated notationally. I think initially I would have been more likely to go for the rhythmically clearer works, but now I have such a passion for his music that with Martinů I feel as if I could choreograph to pretty much anything he’s written. (...)