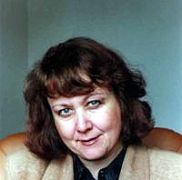 
Dr. Stanislava Strelcova was born in Brno into the family of musicologist Prof. Bohumir Stedron. She studied at a classic grammar school (1970-74) and then at the Music and Theater department at the Philosophical faculty of Masaryk University in Brno.

She graduated with a Ph.D. in theatrology. She has gained experience writing culture columns for the dailies and a theatrical magazine, working as a cooperator at the Lexicography Center at the Musicology department of Masaryk University, as a lecturer of repertory advise at the Janacek Opera in Brno and as a repertory adviser of Czechoslovak television's music departement in Prague. After short stints at the former Czechoslovak Radio in Prague (1980, 1987), in 1990 she returned to work for Czech Radio in Prague as an editor of music broadcasting for children and youth where she still works today. She is occupied with editorial work as well as her own writing. She has written theatrical and TV scripts. She also lectures at home and abroad. She is mainly engaged in contemporary music and the works of Bohuslav Martinu and Leos Janacek. 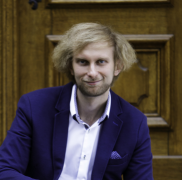 
Doc. MgA. Ivo Kahánek, Ph.D. is considered one of the best Czech pianists of the present day. The undisputed winner of the Prague Spring International Music Competition in 2004 regularly works with pre-eminent Czech and international orchestras and musicians. In 2007 he performed for the BBC Proms at the Royal Albert Hall in London, where he joined the BBC Symphony Orchestra conducted by Jiří Bělohlávek for a rendition of Piano Concerto No. 4 (Incantations) by Bohuslav Martinů. Ivo Kahánek repeated the concerto with the Berlin Philharmonic under the baton of Sir Simon Rattle in 2014. His album (Janáček – Martinů – Kabeláč) received the best possible rating in specialised international music magazines – Classics Today (USA), Le Monde de la Musique (France), and Fanfare (USA). Ivo Kahánek is a graduate of the Janáček Conservatoire in Ostrava in the class of Mgr. Marta Toaderová and of the Academy of Performing Arts in Prague in the class of prof. Ivan Klánský. 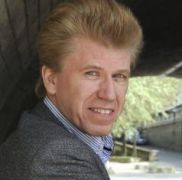 
Born in Prague in 1960, Michal Kaňka took up the cello under leadership of Mirko Škampa at the age of seven. Later, he studied in the Prague Conservatory under prof. Viktor Moučka (cellist of the famous Vlach string quartet). During his studies at the Prague Academy of Fine Arts – under the tutelage of Prof. Josef Chuchro – he participated in the G. Piatigorsky Seminars in Los Angeles under famous cellists Andre Navarra, Maurice Gendron and Paul Tortelier in 1983 and 1984.

Michal Kaňka has recorded for Czech Radio, Radio France, Bayerischer Rundfunk, Hessischer Rundfunk, Suedwest Rundfunk, AVRO Radio Holland…. His CDs were released for Supraphon, Bonton, Panton, Radioservis Prague, Nuova Era (Italy). For a long time he had collaborated with the French company Praga digitals (distributed by Harmonia Mundi France), where he published around 40 CDs. For many of them, he received several awards - (Choc de la Music, diapason D´OR). His last CD came out by Japanese company the Nami Records.

Michal Kaňka has been always an active chamber music player. As a member of the Pražák string quartet (since 1986) and the Beethoven string trio he has appeared on major concert stages in the whole world and recorded many pieces above all for the CD company Praga digitals.

In 2011 he started to teach cello-solo at The Academy of Performing Arts in Prague and in 2013 he became a Professor at the Prague Conservatory. In 2014 he was chosen to be a chairman of the permanent committee of the international competition Prague spring. 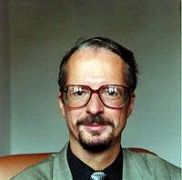 
Michal Novenko studied composition, the organ, music theory and conducting at the Prague Conservatory and at the Academy of Performing Arts, where he graduated as conductor with the 6th Symphony by Bohuslav Martinů.

He is the author of chamber, orchestra and organ compositions. As an organist he gives concerts in most European countries and in Israel and the United States (e.g. Festivals in Sion, Arezzo, Onndle, Philadelphia etc.). He is a professor at the Prague Conservatoire and often is invited abroad to work as a lecturer and a jury member of organ competitions. Recordings of historical organs are mainly represented in his extensive discography. He actively and intensively presents Czech organ compositions. 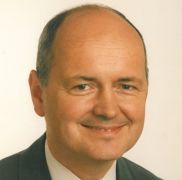 
The Czech journalist, opera specialist, radio programme and television documentary writer Ivan Ruml was born in České Budějovice, studied at the Prague Conservatory and the Faculty of Arts of Charles University (history of music and history of theatre). He has worked as a copy editor at the Czechoslovak News Agency, music journalist at Czechoslovak Radio, dramaturge at the Supraphon label, editor-in-chief of the Musica magazine and programme dramaturge of Czech Television.

At the present time, he prepares for Czech broadcasting Saturday direct transmission from the Metropolitan Opera in New York, as well as the programme menu of the European Broadcasting Union and Saturday opera evenings on the Czech Radio – Vltava station. For 11 years, he created the Krásné hlasy (Beautiful Voices) programme, broadcast every Sunday afternoon. He collaborates with Czech Television as a screenwriter and spokesperson of the Zlatá Praha (Golden Prague) international television festival, focused on music programmes. Ivan Ruml created a TV documentary about the festival’s history. Furthermore, he has made a documentary about Libuše Domanínská, a Czech Janáček singer, a television programme on the history of the operas The Bartered Bride and Libuše, conducted an hour-long interview with the legendary soprano Dame Joan Sutherland within the “Europeans” cycle and prepared a documentary on the 2008 Paris staging of The Bartered Bride. For a number of years, he worked as spokesperson of the Czech Chopin Society, about which he created an hour-long documentary in the anniversary year of 2010. At the present time, he works as a dramaturge of the Czech Television archives. He has written numerous newspaper and magazine articles on classical music. 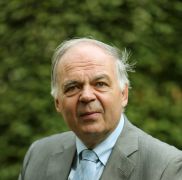 
Prof. Jiří Hlaváč is a clarinettist, saxophonist, teacher, manager, litterateur, journalist, and composer. He studied the clarinet under Prof. Antonín Doležal at the Brno Conservatoire and Prof. Vladimír Říha at the Music Faculty of the Academy of Performing Arts in Prague. In the course of his career he has performed at more than 5,000 concerts in 52 countries of the world. He is the holder of prestigious awards, such as the Golden Shield for his CD Genus in 1989, Grammy Classic from 1993, Artis Bohemiae Amici 2018 or Senior Prix 2018. Besides his artistic activities, he also educates new musical talents. His students have repeatedly triumphed at prestigious international competitions in Lisbon, Nuremberg, Madeira, Prague, Paris, Markneukirchen, or Bayreuth. In 2000–2006 he served as the dean of the Prague Academy of Music, where he is still tenured as a professor of the clarinet class. He is also active in various music institutions, he chaired the committees of international competitions the likes of Prague Spring, International Radio Competition Concertino Praga, Association of Musical Artists and Scientists, or the Life of an Artist Foundation. 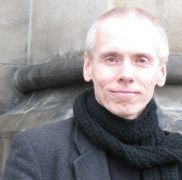 
Vít Zouhar (*1966) is a composer, musicologist, professor of music, and vice-president at Palacky University Olomouc. He is the author and co-author of six operas (including L´Arianna, La Dafne, Coronide, Torso and Echo) and more than sixty orchestral (including Puerta del Sol, Close Encounters of those Wild at Heart) and chamber works, sound installations and music games (including Arcadi, GArdenME, Tastes, Plain, EUOUA).  His music is generally placed in the context of minimalism and postmodernism. Many of his compositions have been commissioned by prestigious institutions and ensembles such as the National Theater Prague, Prague Spring, Terezín Music Foundation, Berg Orchestra and Ensemble Damian, and are regularly performed and recorded in Europe. Zouhar´s theater works have been in the repertoire of National Theatre Prague (Radúz and Mahulena,  Monsigneur de Pourcegnac), National Theatre Brno (La Dafne, Noci Dnem, Opening of the Springs by Alfréd Radok), Ensemble Damian (Coronide, Torso, Saeculum Coronatum, L´Arianna) and opera povera (Echo). As composer in residence Zouhar served at the IEM Graz and at the Werkstadt Graz and won various prestigious awards. In 2001 he co-founded the Slyšet jinak (Different Hearing) program, focused on new ways to encourage music education and group composing. He has published five books on music (including Composing in the Classroom - with Ivo Medek and Jaromír Synek; Dear Friend. Bohuslav Martinů’s Letters to Zdeněk Zouhar; Dear friend Bureš: Bohuslav Martinů´s letters to Miloslav Bureš - with Gabriela Coufalová; Postmodern Music? German Debate at the End of the 20th Century). Zouhar reconstructed the original version of Poeme electronique by Edgard Varese for IEM-CUBE Graz and has contributed to The Bohuslav Martinů Complete Edition (Bureš Cantatas).