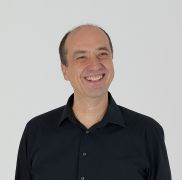 
Born in Rakovník on 7 October 1968. He studied the violin at the Prague Conservatoire and the Music Faculty of the Academy of Performing Arts in Prague. He played in the Czech Philharmonic from 1989 to 1997. Around that time, he established the Apollon Quartet, of which he is still a member. From 2000 to 2015, he organised several festivals under the joint label of Czech Culture Festivities (Tanvald Musical Spring, Martinů Fest in Polička, Malá Strana Chamber Festivities, Bystřice Chateau Festivities, etc.). In 2014 he accepted the job of presenter at Radio Classic, but withdrew from the post when he was offered the position of programming director of the Dvořák Prague Festival. At the conclusion of his term of office, he accepted the Czech Philharmonic’s invitation to head the programming of the Czech Chamber Music Society. He is the executive director and owner of Film and Concert Production, s.r.o., a company that focuses on recording film music classical music. Its achievements include the music for the Academy Award-winning film I Served the King of England, or projects for renowned music labels such as Decca, Sony, and Deutsche Grammophon, or the BBC. In 2017 the Czech Association of Music Artists and Scholars nominated Křižanovský as a board member of the State Culture Fund, where he currently serves as Chairman of the Board. 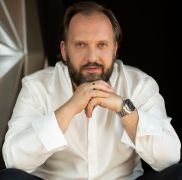 
Dr. Ludvik Kasparek has many years of experience in Czech music life. He works as a music critic and writer in daily and expert press, he is also the author of expert texts in the concert programs of the Czech Philharmonic Orchestra and Prague Symphony Orchestra (FOK). For many years he worked as a writer at Czech Radio.


In 1992 she graduated from the Prague Conservatory in the class of the master František Malotín. She continued to study in France with the master Christian Larde and has graduated from courses of James Galway. Her most important competition awards are the first prize in the international contest Concertino Praga and at the same time awards for the best performance of the obligatory composition, then the third prize in the international contest of the winners of European contests “Pacem in terris” in Germany and in the international contest Prague Spring she was awarded with the Prize of the Capital Prague. In September 2000 she won a Special Prize in New York Web Concert Hall Competition. She was the first European to win this prize.

She has given many solo performances with Czech and foreign orchestras (France, Germany, Greece, Georgia, Austria, USA, Japan, U.A.E, …); she is a regular guest at the various festivals. On her concerts she has performed a lot of premieres of the compositions of Czech and foreign authors (P. Eben, J. Obrovska, M. Schoedler) Žofie Vokálková has recorded many spots for radio broadcasting and television. We had a great opportunity to see Žofie Vokálková in programs of Czech Television “Without limits”, Terra musica, on TV NOVA while awarding the prices ANNO 2002, when she has passed a price to the most famous man, and her several performances on CT 1 as a part of the Advent Concert. Žofie Vokálková has appeared on a magazine cover Harmonie and in the articles of domestic and foreign magazines.

For several years she has been the Solo-flutist in the Symphonic Orchestra of the capital Prague FOK and a soloist in the orchestra Virtuosi di Praga a Misici de Praga. Žofie Vokálková is a member of a Due Solisti, Trio Lyrico and Musica dolce vita.

She leads master courses regularly and participates in solo tours all over Europe, USA and Japan.

She has been a member of jury in the Eurovision Competition for Young Musicians co-organized by Czech Television.

2013 – she performed in a solo recital at the International Music Festival Prague Spring.

Žofie Vokálková is currently working on a extensive project “Music of the Queens” describing works of women composing from old times – the Queens, romantic female composers to modern female – composers. The idea of this project is to introduce listeners and the public to the works and unique lives of these extraordinary women.

Žofie Vokálková received the title “Woman of the Central Bohemia Region 2013” organized under the auspices of the Senate of the Parliament of the Czech Republic.