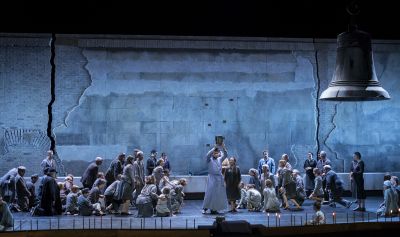 In the new issue of magazine Martinů Revue you can find three reviews on a premiere of the second version of the „refugee“ opera The Greek Passion, H 372 II in Essen. On 26 September in Aalto-Musiktheater director Jiří Heřman, Essener Philharmoniker with their conductor Tomáš Netopil and others were rewarded with a tumultuous applause.

The opera and its libretto, which wrote Bohuslav Martinů by himself, are based on Christ Recrucified (1951), a novel by Greek writer Nikos Kazantzakis. We can find some similarities with Martinů´s life in a story, where refugees from a plundered village are looking for a sanctuary, as he had to run from the Nazi´s to the USA. The opera was prepared for quite some time and just a few years before Bohuslav Martinů´s death, but eventually, neither of the authors lived to see it.

Czech composer has to date been rather underestimated and overlooked in Germany, but now his music has been performed on several stages across Germany and not just because of the fact that the almost 60 years old piece is nowadays frighteningly topical. Yet the director Jiří Heřman doesn´t abuse this fact for superficial attractivity. 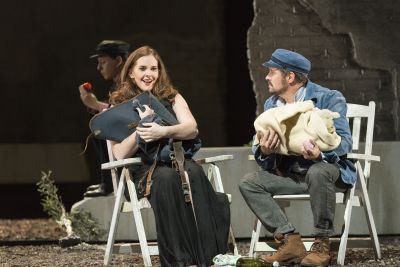 And how was the premiere?

„All in all, it was a truly splendid evening, a profound operatic experience.“
Peter Bilsing Der Opernfreund, 27 September 2015

“The audience recognises and is made to reflect on numerous issues, in spite of, or precisely owing to, the fact that Jiří Heřman’s production of The Greek Passion is devoid of any flagrant updating.”
SWR 2, 28 September 2015 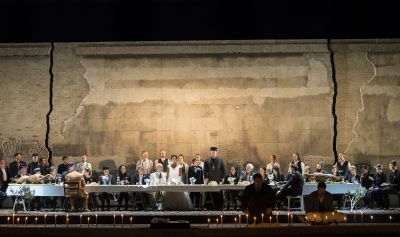 You will have a chance to see on numerous occasions The Greek Passion live in spring. A few performances of the second version will be in Essen and the first version is to be played in Graz. Event calendar here.