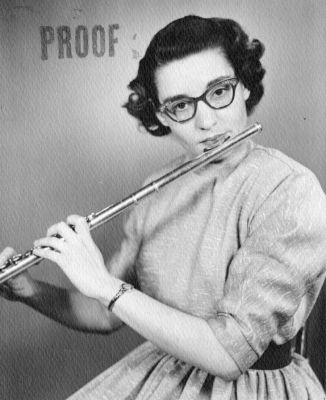 Ms. Schaefer, born in Yakima, Washington, grew up away from the musical hotbeds of the time and struck out on her own to study with the principal flutist of the BSO, Georges Laurent, at the New England Conservatory of Music in Boston.  Upon graduation, and with her obvious musical genius, she quickly established her reputation as assistant principal flutist for the Chicago Symphony and then with the New York City Opera Orchestra as principal.  In 1965, she returned to Boston after landing her dream job as the piccolo player for the BSO, where she remained until retiring in 1990.  In addition to playing two instruments, she also taught extensively at the New England Conservatory of Music.  Her students and fans were mesmerized by her style, which demonstrated the difference between “brilliance and glare; her playing had sparkle given off by a well-cut precious stone”. 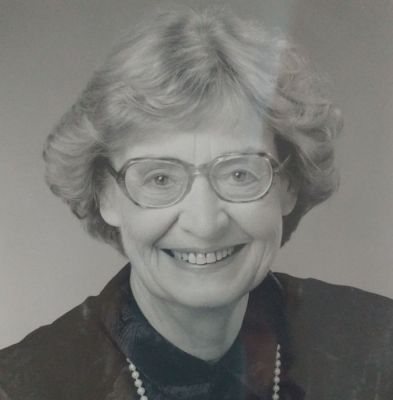 Ms. Schaefer was best-known to the general public through her frequent appearances on National Public Television with the Boston Pops, where she led the piccolo obbligato in “The Stars and Stripes Forever” more than 2000 times.  Just before retiring, Schaefer gave a rousing solo performance with the Boston Pops of The Concerto Piccolo, a recent work composed especially for her by Daniel Pinkham.  Ms. Schaefer continued her service as a Board Member of the National Flute Association and was awarded the second-ever Lifetime Achievement Award in 1993.

Lois Elizabeth Schaefer was born March 10, 1924, the daughter of Charles Frederick Schaefer and Mary Elizabeth Wherry.  She is survived by her sister, Winifred Mayes, who was a cellist with the BSO from 1954 until 1964; a nephew Nicholas Winograd as well as dozens of grateful beneficiaries of her piccolo and flute tutorship.  During her retirement Lois toured Africa, Costa Rica, Ecuador, Machu Picchu and the Galapagos Islands to name a few. Hiking at Mount Rainier and Mount St. Helens was her passion.  She also perfected her gardening skills, producing the finest fresh summer vegetables in the entire State of Washington.